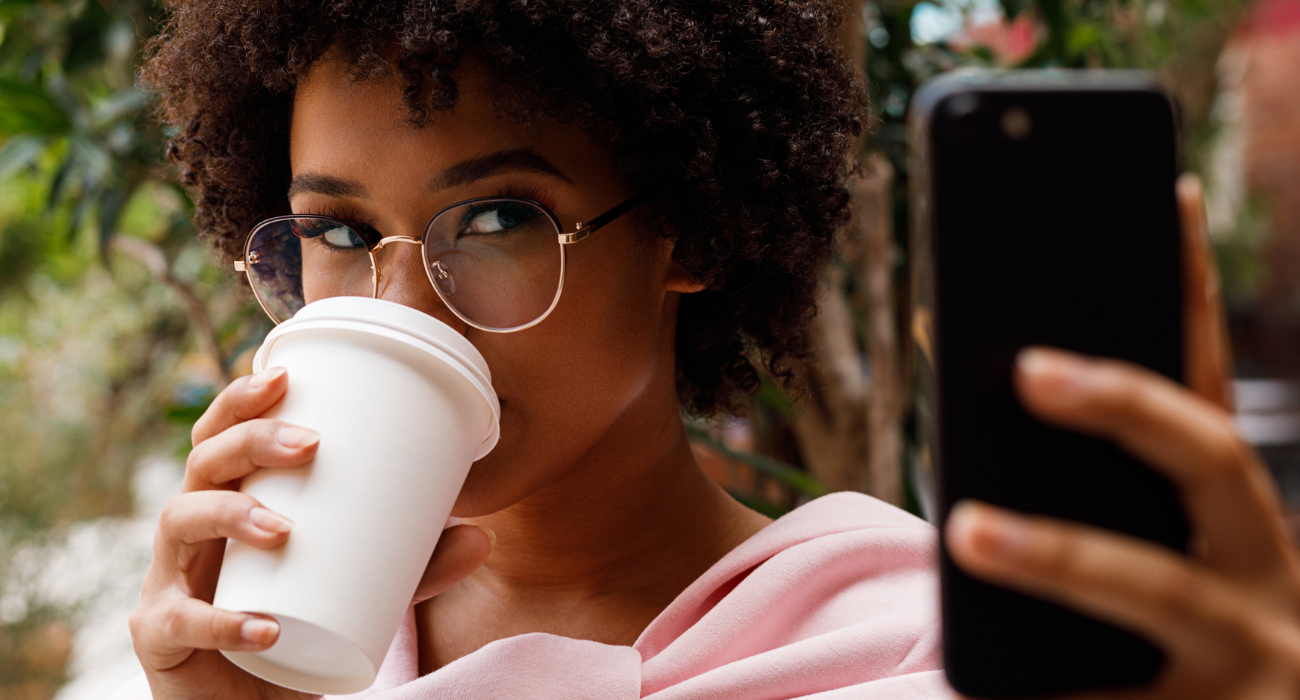 How to Make TikTok Work For Your Brand

TikTok is the most downloaded of any of the free platforms like Instagram and YouTube. They’ve grown over 1000% in the last two years. Over a billion downloads and 100 million users. As a marketer, it’s a no-brainer to be on the website. The question is… how do you make it work for your brand?

TikTok is a great tool for getting your brand in sync with younger target audiences. And since the app is so new, you can pretty much experiment with any strategy you want to see if it works.

But you need to spend time on the app, see what the people, not the brands, are making. You can’t really shortcut this process. And that’s the most common mistake marketers make. We try to direct media that we’ve never spent any time with. And since a lot of brands aren’t on TikTok, you have a great chance to act fast and expand and get ahead of your competitors.

If you’ve never actually been on the platform, you’re in luck. Libby Brockhoff, the CCO of San Francisco- based agency Odysseus Arms, is giving you the ultimate cheat sheet to making TikTok work for your brand.

What’s their secret? Besides actually being teenagers themselves, they speak the language of the platform.

As a brand, you need to get inside the minds of these youngsters and fit in organically – using the platform’s cultural nuances.

Start by unlocking some sort of immediate gratification. Most of the content is entertainment and if you’re funny, you’re going to be liked.

#2 Embrace Your Wild Side

TikTok is where you go to make fun of things. If you don’t like being made fun of, having fun or…fun in general – don’t go there. TikTok’s probably not for you.

The more fun you make of everything, and that includes yourself, the more acceptance you’ll find there. And even with serious stuff, TikTok has found a million fun ways to talk about it.

At the core of TikTok is perfecting the TikTok dances.

Chipotle found a way to get people to dance with them, for the hashtag “#guacdancecontest.”

All you had to do to win free Chiplotle was post a silly video of yourself dancing to the song “Peel the Avocado.”

#3 Be the Positivity Machine

Positive stuff plays better than anything else.

Just to help explain the joy, Gen Z made the “Ratatouille” film into a full-blown musical on TikTok during the pandemic.

The origin story began when TikTok user @e_jaccs posted this lil’ a cappella ode to Remy way back in August.

Users piled on and added ensemble vocals and instrumentation and brought the concept of a Ratatouille musical to a whole new level.  People took it and ran with it.

They’ve been imagining what it would be like inside the rehearsals:

I could go on and on about this trend for hours really, but I’d just like to say how amazing it is that Gen Zers did this.

Like the fact that they essentially wrote, composed,and designed an ENTIRE MUSICAL on TIKTOK during the PANDEMIC. It speaks volumes about what they’re capable of.

So, you can see trends and ideas bubble up to organically to the surface. The creators are constantly innovating to find the next big thing. The expressions of TikTok are a constant iteration and marketers must pay attention to fit i n organically. You don’t want to come across as the old folks trying to be on a youthful platform.

#4 Show Off a Different Side of Your Company

The app is a hub for creativity and humor. Embracing a more personal tone or a behind-the-scenes approach can make your brand appear even more relatable.

Take something like the NBA… it mixes game highlights, music montages and inspirational quotes. It allows a really serious thing like professional sport to kind of embrace its lighter side and have a little bit of fun.

#5 Don’t be Afraid to Experiment

This app is incredibly new. Unlike Facebook or LinkedIn, there aren’t as many norms,best practices, and rules about what works and what doesn’t work. If you think

something might be interesting or funny, try it and see i f you get any likes, comments, or shares.

It’s only by jumping in that you can actually begin to understand what’s happening inside TikTok. Even this talk won’t give you the same understanding of TikTok as when you try it for yourself. Whatever wild thoughts you have, there’s going to be something even more wild.

Look at Will Smith. He jumped in early and it feels like he’s having fun and experimenting most of the time.

#6 Try to Come Up with Videos, Challenges and Duets

Aim to get your consumers to interact with your brand. As with other platforms you’re on, the more you engage with people, the more your fan base can actually grow.

Funny and stupid seem to be good ways to do this because they make things digestible.It helps break down those big concepts and make them memorable. TikTokers seem to be actual pros at this. If you look at #LearnOnTikTok, they’ve explained wealth inequality with rice and invented a new kind of history lesson.

You can teach them anything on TikTok. It’s the Cliff’s Notes version of a YouTube video.

TikTok even taught people to hack iOS 14’s features less than 24 hours after it was released. And they’re learning science from Bill Nye. That’s not much of a surprise.

The Washington Post was one of TikTok’s earliest brand adopters. Those who haven’t seen their videos, but follow them on their other social media networks, might be anticipating investigative and serious content. But in reality, The Washington Post operates differently on TikTok.  Surprisingly, the newspaper actually uses its account to post comedic behind-the-scenes videos and skits about the newsroom. These videos fit in perfectly with the platform because they’re funny, musical, and embrace some of TikTok’s weirdest special events.

Be inspired by the raw creativity, intelligence and stupidity of the people who have nothing to prove. People are putting in a ton of work into TikToks and then just end up posting them for fun. They pick up the pieces they like and mix them into something brand new.

They fail to create a new soundtrack. They made jokes about DNA tests and took it even further. And yet even further. They turned an audio clip from an INSTAGRAM ad into a meme. Turning nostalgia into a life or death situation.

So stupid. So smart. And they make it look so easy.

Now if you want to use the platform to preach about the greatness of your brand, great. Prepare to spend a lot of money. You’re fighting against the tide of indifference at best. At worst, you become a meme yourself and that’s totally out of your control. Funny travels faster. Stupid makes the algorithim pump.

This is a special moment in this talk. The moment that I reveal how we cracked the algorithm.

The secret to the algorithm lies in this video. Sorry, that’s not us. It’s Daddy Yankee Duck and it got 500 million likes for that video.

Give up on trying to figure the algorithm out. It’s a waste of your time. It’s better to understand your audience and what makes them…”tik.”

You could spend ages and millions of dollars trying to crack the algorithm. Plenty of people are. Certain effects and tags on the platform give bigger boosts but none of them are a safe bet. Talking to your audience will be infinitely more helpful than anything else.

Once you understand what moves them, the answers are simpler than it seems.

At Odysseus Arms we use a proprietary process called the Third3ye to understand consumers by doing something absolutely crazy. We talk to them. We listen to them. And we find out what they respond to. It’s easier to understand people than it is every single platform.

These are not just principles that apply to TikTok, they are principles that apply for marketing and creativity. Marketers always seem to be worried about finding out what their audience actually thinks and feels about their brand. They think they know the consumer better than they know themselves. That pretty much guarantees your TikTok *whatever* will be a dud. If you’re open to honesty and a bit of listening, you’ll have an easier time on TikTok.

As CEO and Co-Founder of Odysseus Arms in San Francisco and a longtime industry pioneer, Libby has reimagined what a modern agency looks like by creating a company that’s highly collaborative, diverse, socially driven and results obsessed. She also developed the creative and strategic method, ThirdEye™, a one-of-a-kind approach that yields unprecedented results for her clients. Libby’s path as an industry disruptor began in London where she co-founded renowned agency Mother at the age of 27, and lead the company to considerable success including being named Campaign’s “Agency of the Decade.” Throughout her career, Libby crafted advertising strategies for Silicon Valley tech giants like Facebook, Microsoft and YouTube. She’s also influenced cultural issues by directing the reframing of the transgender narrative as the creative visionary behind the launch of Caitlyn Jenner’s on-air image, and also activated Amnesty International supporters to help Obama’s Arms Trade Treaty pass in the United Nations.