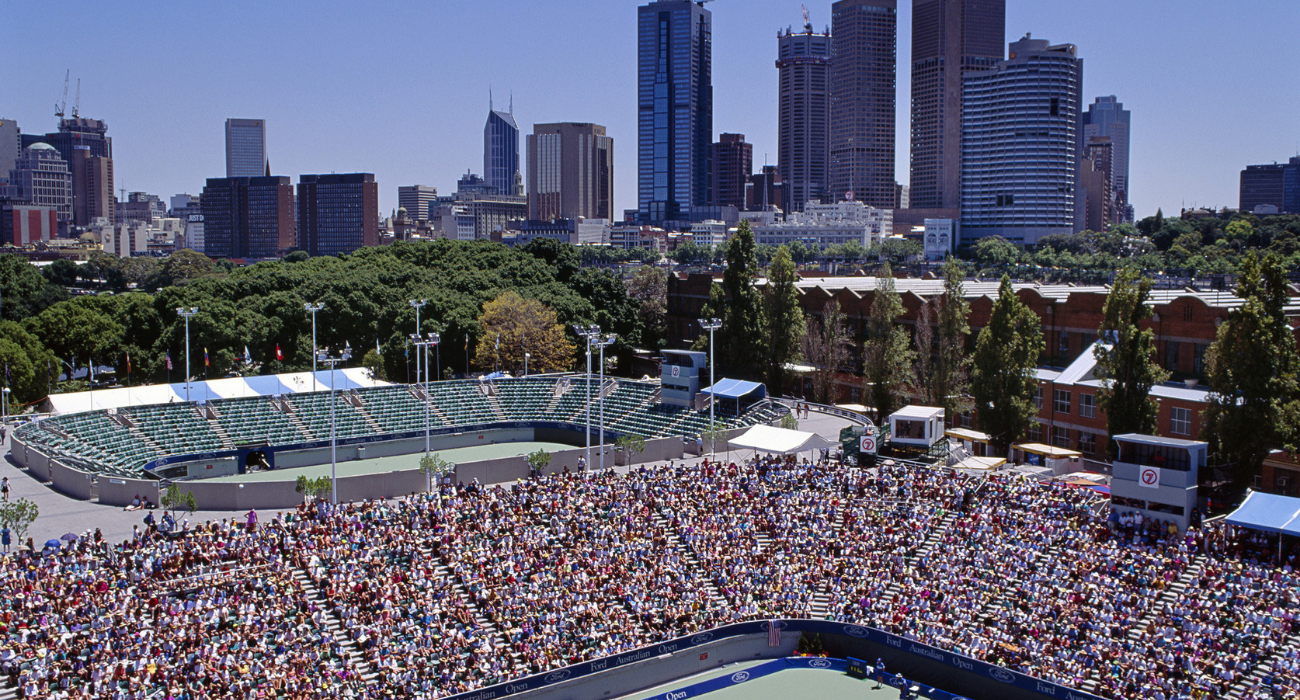 Written by Lisa Colantuono on September 4, 2018. Posted in Blog

Whether or not you’re a US Open tennis fan, there’s much to be learned from the sport that can be carried into the business world and just as important, everyday life.

This year, the tour captured a record number attendees with more than 67,000 fans heading to Flushing, NY on opening day and millions of eyes watching via broadcast television or streaming from mobile devices. Aside from watching some intense tennis matches, many motivational and strategic insights were shared during the sports commentary. In particular, there were two keys to success that were shared over and over while watching the matches for the up-and-coming players or the professional celebrity players we’ve been rooting on since day one.

While watching the Keys vs. Cibulkova match on Labor Day, Keys was ahead a set and a break when things looked like they were going to start to unravel. Keys’ shoulders’ started to drop, her head started to shake, and doubt began to creep into her head. The commentator instantly stated something vital, “She needs to keep her spirit up.” There’s no question that the sport is a massive head game. In fact, lack of concentration is what cost Keys the game back in July at Wimbledon 2018. After the Wimbledon match, she blamed the poor result on her concentration. “I think today was a massive mishandling of nerves,” she said. However, she learned from her past mistake and brought it to the match against Cibulkova at the US Open.

Keys managed to slow down, dig deep, internally regroup and turned the match back in her favor winning in straight sets. Unfortunately, for Federer, he couldn’t quite collect himself and for the first time cost him the match against an unseeded player, Aussie, Millman at 1:00 AM EST. Although he blamed the extreme weather conditions (which in all fairness, the sweltering and soggy conditions were intense), Roger’s pre-interview mindset was not his norm. Before stepping on the court he was already somewhat negative in his outlook when Federer said that he knew Millman, his very fit condition and hoped that he could beat him. “I can’t really remember a time when I was nervous or letting the moment get the better of me,” Federer said in a post-match interview.

So, what are these two secrets to winning?

Easily said, they are two words: believe and focus. Notice that both players referenced “nerves” after their losses. But transforming nervousness into excitement by visualizing success and being laser-like focused is vital. Like many things in life, it’s easier said then done but these professional players train hard and it’s not just about hitting a ball across the court. They also train the brain. They prepare to stay calm, focused, calculated, and mentally and emotionally stable when under pressure.
Novak Djokovic faced a tough 12+ months with health problems, surgery, losses, speculation of marital strife but life happens, and it happens to all of us. However, we need to continue putting one foot in front of the other when things look like nothing but gloom and doom.

As Djokavic simply stated in a recent interview about his comeback this summer,

How do we apply this to the world of new business pitching? Similar to watching a match at the Open (or any of the grand slams), there are ebbs and flows in all matches and agency reviews. Even the number one player in the world (for those of you who do not know… Nadal) faced some fierce competition against Basilashvili in round four of the tournament on Saturday.

Basilashvili took the third set in a tiebreak and threatened Nadal in the fourth set, but Nadal’s mental game was stronger and prevailed. He believed. He reached deep inside and pulled out his top game. Sure, there were frustrating moments, but he overcame the frustration with intense focus. Mental attitude is half the battle, and the other half is concentrating on one point at a time.

The same applies when pitching new business. After managing dozens of agency reviews for almost two decades, I have never witnessed an agency win the account in the first round. The most important thing to do at each step of the agency review is to focus on that current meeting with the goal of getting invited into the next meeting. That’s it! That doesn’t mean you don’t have a long-term game plan like all of the top-seeded tennis players but the long game is won by focusing on the short game first. And when you feel that the agency is lagging against the competition, remember the ebbs and flows. Go inside and regroup as a team. Take a step back. Figure out what’s missing. Review the strategy(ies). Tweak the concepts. Look at things from another perspective.

Quite often, it’s not about dumping the baby with the bathwater. It’s usually as simple as shaking off the doubt, going back to some basics and remaining focused on one point (or in this case part of the review) at a time. Intense concentration coupled with passion, energy and belief will set you up for holding your trophy at the end of whatever tournament you’re playing at the moment.

And as for the US Open, it’s great to see many solid American players still in the tournament as we’re into the final week… let’s go USA!